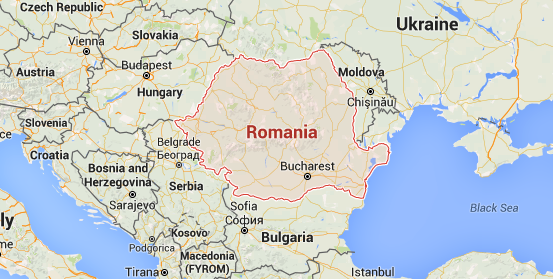 In the Romanian media we hear, we see discussed and analyzed only human victims of dogs.

Many information regarding the “huge” number of bites caused by stray dogs are spread into the hospitals as rumors. The real cause of bites, actually involves dogs with owners and not stray dogs.

False information spreaded like stray dogs running continuously around people near dumpsters or blocking them at the entrance to buildings or they hang of the grocery bag of someone.

The reality of the atrocities committed by man on dog, the so called ”super human” full of “consciousness”, is not shown. It is not stated the disaster caused on people because of animal abuse.

A study in Bistrita, Romania, made together with children between 14 and 15 years, under the leadership of Malcolm Plant, Researcher at the Faculty of Social Sciences and Law, University of Teeside, UK, with the support of the University of Denver, USA and the prestigious international organizations and academia from Europe and the U.S. and in collaboration with the Monitoring Team, showed that 86 % of Romanian children have seen animals abuse in public, and are affected by it. What then can we expect from the society? Tomorrow’s adults often represents the traumatized children of today, who have learned that maltreatment is a normal act that need to proliferate it and apply it to your human kind !

It is never stated the trauma affecting moral citizens, compassionate, who cannot accept barbarism. We often exacerbate or invent facts going to the point that the stray dogs will destroy the Romanian population, therefore we need to destroy them first. But we are destroying the human right to have a healthy mind, to have the right to not hinder the right to be moral, compassionate, educated, civilized. Because it did not know and did not want to properly manage this situation, the state and local authorities sabotage the appreciable quality of people in any civilized society, without regard to feelings and opinions, mistreating, torturing, killing the ones that have stood next to us for thousand of years, the animal.

To save animals from the street, where irresponsible people throw them away and leave them to multiply, animal lovers have taken them in their homes, in their tiny apartments, sometimes beyond their financial and space capacities. It is natural that people with respect and compassion for dogs, who became stray dogs due to the ignorance of some owners and the disinterest / interest of the authorities, can not accept the killing. Killing or perspective of killing the dogs that they protect, destroying any hope that the society can go to civilization embracing the rules of morality, understanding the financial interest of the authorities is beyond anything and anyone’s life and can affect so much that it can become fatal.

This is what happened to Avedis Ghazarian, 46 years old, a balanced man with above average intelligence and wisdom, a man of moral principles, whose heart gave up on the same day when the hope that animals, for whom he fought for years, has been lost.

Avedis Ghazarian was killed by a sick, hollow, moral and spiritual infested system. Avedis is one of many, known for being active together with us, the ones who activate for same principles, but the lives of many people has stopped due to terminating actions of the dog catchers together with the ones coordinating them.

Thousands of people have been affected mentally and spiritually hopelessly by the atrocities seen daily in the streets and in the extermination camps of the Romanian city halls. Millions of Romanian people do not accept the massive dog killing.

Tragedies which nobody talks about!

We are sure that in the way to the world that now became yours, you will meet your voiceless friends, snatched, just like you, from the world, now left, for now just ours. We embrace you and them!

May you walk only through the light!

Related posts
ICAWC2015
2015-10-12
Yes we care – Amsterdam
2014-05-17
April month of the stray animals
2014-04-03
International campaign on behalf of the stray dogs worldwide.
2014-03-23
Stray dogs rounded up and killed in Sochi ahead of Russia’s Winter Olympics so they don’t spoil the atmosphere for tourists
2014-02-04
Romanian dogs
2013-09-23
Instagram
Invalid username or token.
We use cookies to ensure that we give you the best experience on our website. If you continue to use this site we will assume that you are happy with it.OkPrivacy statement (Dutch)